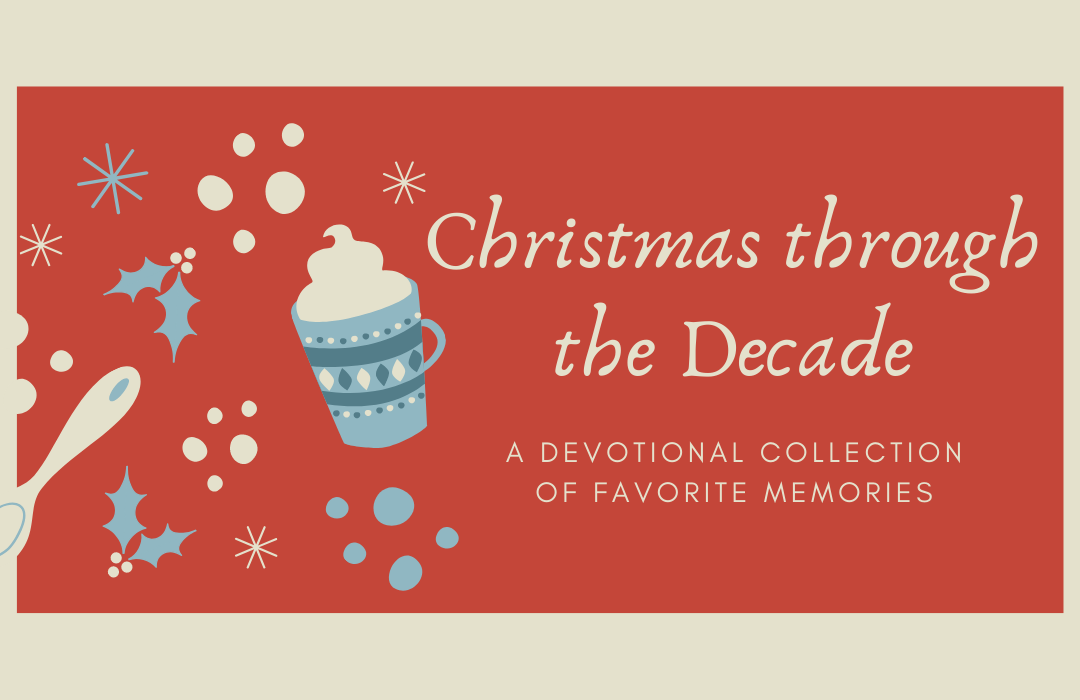 A lot of things can happen in the span of ten years, and as I look back over the last decade in my life I think I went through some of the most drastic changes of my lifetime during that time! Two houses, a couple of job changes and going from a        bi-vocational pastor to full time here at PCC, I became a father for the first time in 2010 and have since added two more to my family, my wife and I have gone from newlyweds to navigating life as parents while still working to pour time into our marriage, we have created countless memories for ourselves and our family!  This time of year always brings nostalgia and memories of past Christmas’s to the forefront of our minds and we remember seasons that brought joy and even some that were painful to get through. Through all of that change I can look back and see God, in His sovereignty, work in all of those memories and stand on the back edge of this decade and know that He is faithful and I can stand on the promise that He will work out our lives for the good if we just trust Him!

Romans 8:28
And we know that for those who love God all things work together for good, for those who are called according to his purpose.

One of my favorite Christmas’s was in 2010 and it was the first Christmas that we had our oldest daughter Emma.  She was born in September so she was only 3 months old on Christmas morning.  Everyone in our extended family was excited for us and we were beyond excited to have a new baby at home so things got a little crazy with the gift buying.  The day after Christmas we took a picture of Emma with all the things that she had gotten and it was almost hard to find her in the picture because everyone had given her so much stuff!  But all of the stuff is not why it is one of my favorite memories!  Haley and I were so excited because we had been trying for several years to have a baby and it didn’t seem like it was going to happen. We kept Romans 8:28 in our hearts through those years of trying knowing that God had a plan!  It was not only a desire of ours but we knew it was a calling from God for us to be parents! If you know Haley, you know within minutes of being around her that she was created for motherhood! We prayed and prayed for a child and God answered that prayer through adoption and foster care!  We became licensed foster parents in 2010 and we were able to bring Emma home from the hospital in September.  It is one of my favorite Christmas memories because God fulfilled His promise and was faithful to work all things for good!

As I said a lot of things can happen in ten years!  I’ve also been through the worst Christmas in my life in the last decade.  In 2012 we were able to foster to adopt our second daughter named Bella.  Bella came home with us in March and we prayed and hoped to adopt her but given the circumstances of her life that was not a guarantee.  She stayed with us until November and then was sent to live with her biological father.  So we had to endure that Christmas season without her with us.  We got to see her a few times and we cherished those moments but it looked like we would not get to adopt her.  We spent Christmas with heavy hearts and feeling like something was missing.  All the while praying and having that verse, Romans 8:28, in our hearts; knowing that God had a plan and trying with everything in us to trust God and remember that promise.  We endured Christmas as best as we could still thankful for the family we had.  BUT GOD in His sovereignty and grace knew that January was coming!  In January of 2013 Bella was placed back in our home and adoption was part of the discussion!  We were able to finalize her adoption a few years later!  God had a plan and a promise for our family and we just needed to trust Him!  That Christmas was unbelievably tough for us but the hope and promise we found in scripture carried us through!

We have since welcomed our son Zeeke into our home through adoption also and have created many Christmas memories with all three of our children and I can’t wait to see the plans God has for our family in the future!  As I am writing this and beginning to think about what the next ten years will look like it’s a little overwhelming.  Teenage years for all three and my oldest probably moving out of my house at the end of the next decade makes me a little sick to my stomach if I’m being honest!  It also makes me thankful that we have a God that has a plan and that plan, no matter what it looks like, whether it takes us to the top of a mountain or the bottom of a valley, is for my good and His glory!

One More One Less

Worship is a Lifestyle